It has been an almost perfect September for Liverpool, but who has shone brightest for the Reds on the pitch? 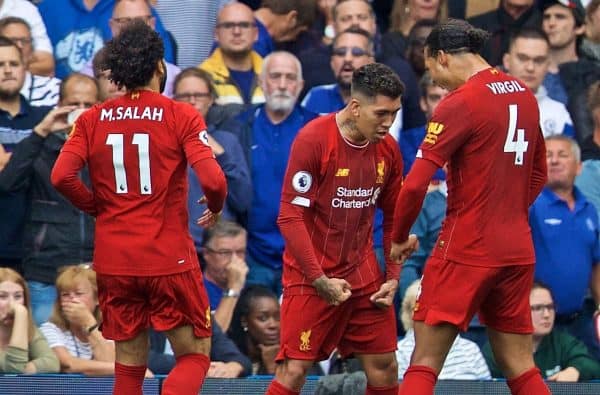 Jurgen Klopp‘s side had to contend with the frustration of the international break at the beginning of the month.

They didn’t let that affect their momentum, however, as they returned to action with a resounding 3-1 win at home to Newcastle.

A disappointing 2-0 defeat away to Napoli followed in the Champions League, before Chelsea were seen off impressively at Stamford Bridge.

A League Cup triumph away to MK Dons was up next and Saturday’s ugly-but-crucial 1-0 victory at Sheffield United completed September’s assignments.

Here’s how we rank Liverpool’s top 10 players for the month. 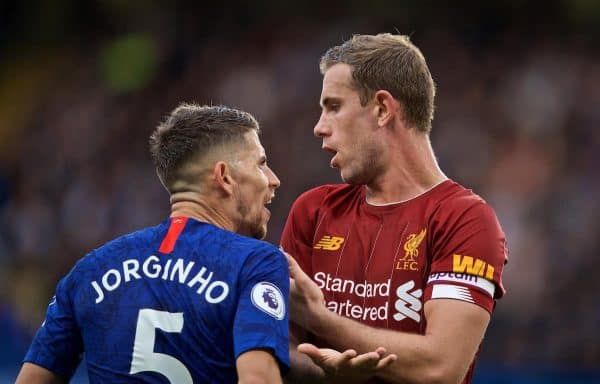 Jordan Henderson continues to show real signs of overcoming previous injury issues, proving to be a key cog in the Liverpool machine.

The skipper was a reliable, if relatively forgettable, performer in the middle of park in September, but he was excellent in the victory at Chelsea.

On the flip side, he didn’t have an impact against Napoli and Sheffield United, being replaced in the second half in both.

Henderson just edges out Gini Wijnaldum, who despite scoring on the winner on Saturday, has been a little too quiet to make the top 10.

Sometimes it feels as though criticising Mohamed Salah is not allowed, but he’s off the boil by his very high standards.

The Egyptian still had an impact in September, such is his constant threat, but Klopp could do with him finding his touch and consistency again.

Salah took his goal against Newcastle with aplomb, and laid on an assist for Trent Alexander-Arnold at Chelsea, but he has been otherwise ineffective and was bordering on problematic at Chelsea, while spurning a great chance to seal the win at Sheffield United this past weekend.

He was similarly below par this time last year, before coming alive—there is every chance that will happen again in 2019/20. 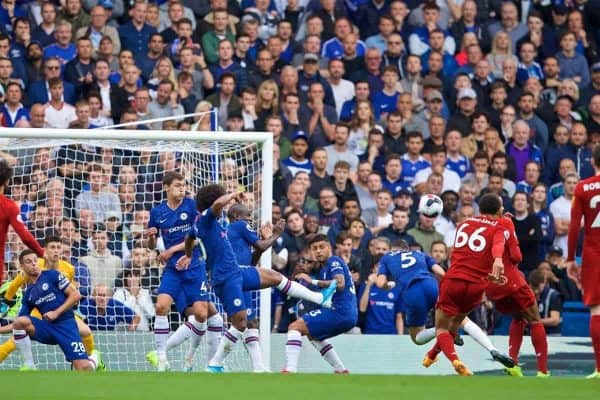 Alexander-Arnold continues to grow as a player—it is sometimes so easy to forget that he is still just 20.

A certain amount of inconsistency is to be expected at such a tender age, but the good has outweighed the bad in September.

Alexander-Arnold’s high point was the stunning strike at Stamford Bridge, but he also deserved more credit for a dogged defensive performance against Napoli, despite the result.

Saturday’s victory over Sheffield United was a bad day at the office, in all facets of his play. 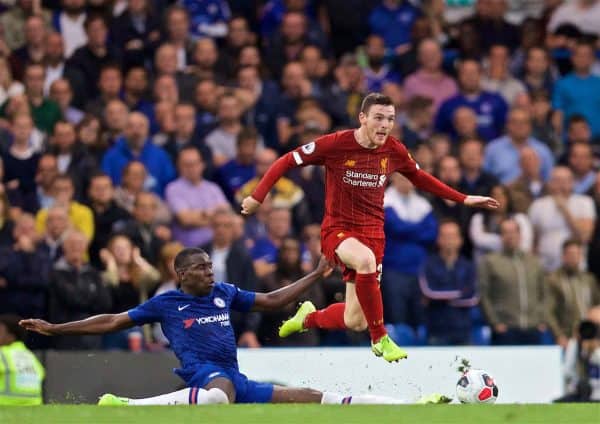 Andy Robertson returned from international duty at a rare low point, having earned criticism for his performances captaining Scotland.

Although the left-back isn’t at his rampaging best yet this season, there has still been plenty to admire over the past month.

His tenacious work led to Sadio Mane equalising at home to Newcastle and he also picked up an assist at Chelsea, crossing for Roberto Firmino to head home.

There was that brilliant late run away to the Blues, too, which effectively sealed the win in stoppage time, as well as two crucial blocks on Saturday.

Robertson did concede the all-important penalty in Naples, however, and while it was a harsh decision, he still left his leg dangling. 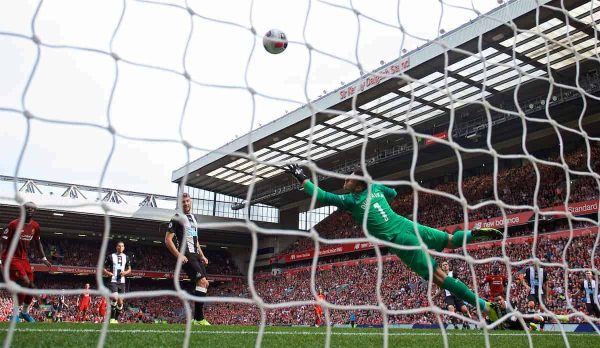 Mane was second in the August rankings, but he drops a little this time around.

Liverpool’s No.10 has remained a vibrant presence, though, and his first of two goals against Newcastle was a stunning Kop end strike.

Since then, Mane has been more muted, failing to spark at Napoli, Chelsea and Sheffield United, missing two gilt-edged chances in the latter.

He certainly hasn’t played badly – far from it – but he also hasn’t hit the world class level we have grown accustomed to. 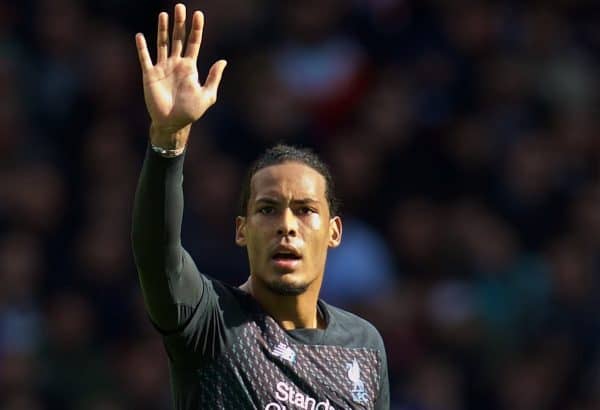 It’s very easy to take Virgil van Dijk for granted, with his consistency so remarkable that we expect immaculate performances from him in every game.

He has been outshone by centre-back colleague Joel Matip in September, but he has still been highly impressive in his own right.

A mistake at Napoli was rare, but in truth, he would never have made it if Liverpool weren’t desperately trying to get the ball up the pitch in stoppage time.

Van Dijk stood out on a tough afternoon against Chelsea, before saving his best outing for last, outperforming everyone at Bramall Lane.

Without him on Saturday, the Reds’ winning run would have ended. 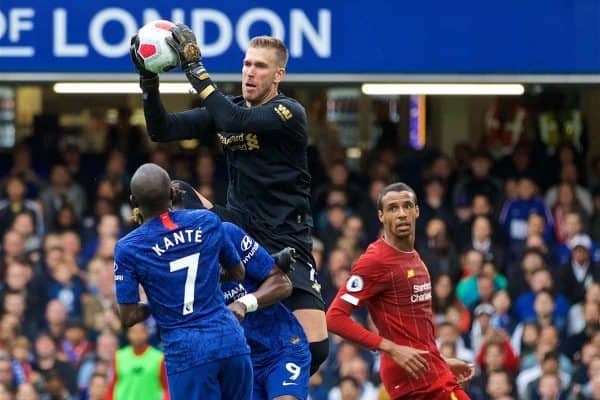 Remember that sinking feeling when Alisson got injured on the opening weekend?

While the Brazilian remains an integral figure, his absence has not been felt too hard because of the brilliance of Adrian.

He enjoyed a very strong September, catching the eye with his all-round game and looking the best backup goalkeeper Liverpool have had in many years.

Adrian‘s save at Napoli was breathtaking—sadly, it may become a forgotten gem because the Reds lost the game—and he also thwarted Tammy Abraham expertly in the next match.

It will be great to have Alisson back, but his deputy has become a fans’ favourite without him around. 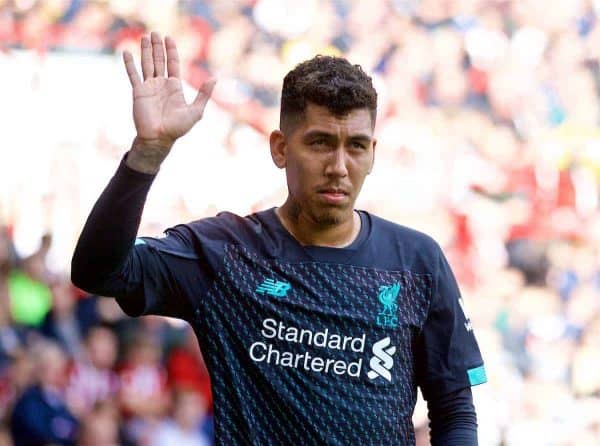 Firmino has remained comfortably Liverpool’s most reliable attacking player in September, however, with mainstream adulation for him becoming more common.

He changed the game when he was forced on against Newcastle, producing an outrageous assist for Salah—one of the best seen at Anfield.

Like his front three colleagues, Firmino’s impact has not been the same since, but he did bury a header at Chelsea, making it three goals for the season.

Bobby is the early front-runner for Liverpool’s Player of the Year award. 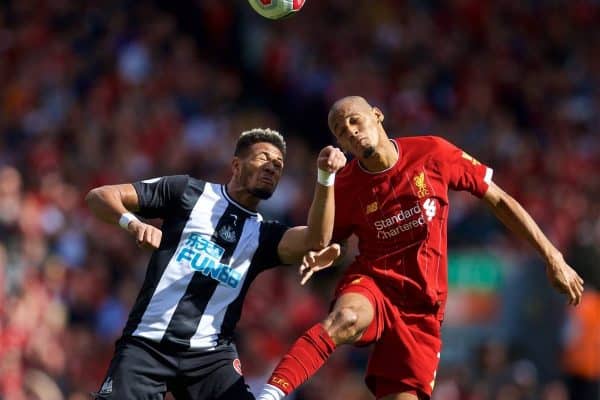 Fabinho has made a fantastic start to the season and his performances in September see him jump from sixth to second.

On current form, there is no better defensive midfielder in the world—that could be perceived as being biased if so many neutrals weren’t saying the same, including West Ham‘s Declan Rice.

On a disappointing evening against Napoli, Fabinho was comfortably his team’s best player and he was also imperious at Chelsea, despite not covering himself in glory for N’Golo Kante’s goal.

He was a big reason for Liverpool holding on against the Blades, too, biting into tackles, winning headers and exuding calm.

Fabinho is now one of Klopp’s most important individuals and September was his best month yet in a Reds shirt.

In a side featuring the best defender in the world, two superb full-backs, a world-class No.6 and an unrivalled front three, it’s Joel Matip who tops the pile!

The 28-year-old has experienced a stunning change in fortunes in 2019, going from a divisive figure to Van Dijk’s undisputed centre-back partner.

Matip suddenly looks a far more aggressive figure, combining class on the ball with dominance in the air, not to mention strong positional sense.

He was Man of the Match at Chelsea, holding the defence together more than his esteemed on-pitch partner, and also played very well in every other game.

Did anyone really see this coming?