It was a slog, and Liverpool were indebted to a goalkeeper blunder, but the Reds recorded their seventh Premier League win from the opening seven games.

Jurgen Klopp returned to the same side that beat Chelsea last week, having given all 11 players a rest in the midweek League Cup tie at MK Dons.

Liverpool dominated possession early on with the game settling into a very clear pattern; the hosts happy to sit deep and play on the counter, with long balls to Oliver McBurnie up front.

However, despite Liverpool’s dominance of the ball, it was the home side who had the first half chances of the game through McBurnie and Callum Robinson.

Liverpool grew frustrated, unable to break down the Yorkshire side’s defence, and the home side enjoyed a spell of dominance half an hour in – with a superb block from Andy Robertson being required.

Liverpool’s first chance arrived from a superb long pass by Virgil van Dijk to put Sadio Mane through on goal but the forward got his shot completely wrong and sliced high and wide.

Just before half time, there was an even better chance with Mane eventually hitting the post after Mo Salah and then Roberto Firmino passed up the opportunity to shoot.

It remained goalless at the break, with the Reds failing to get a shot on target. 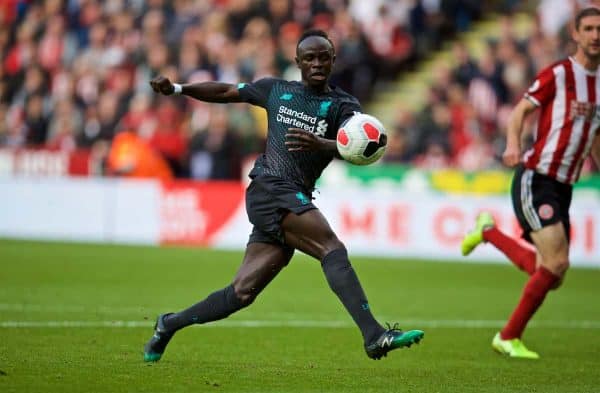 The second half continued in much the same fashion, with the home side having the better chances – and again a superb block from Robertson denying them the lead.

Klopp introduced Divock Origi with half an hour to play, switching to a 4231 shape in order to try to break down the Blades’ organised defence.

It took until the 70th minute for Liverpool to register their first shot on target – but it also resulted in the opening goal.

Gini Wijnaldum had been anonymous for most of the proceedings but his shot on the volley was fumbled by goalkeeper Dean Henderson and rolled over the line for the opener. 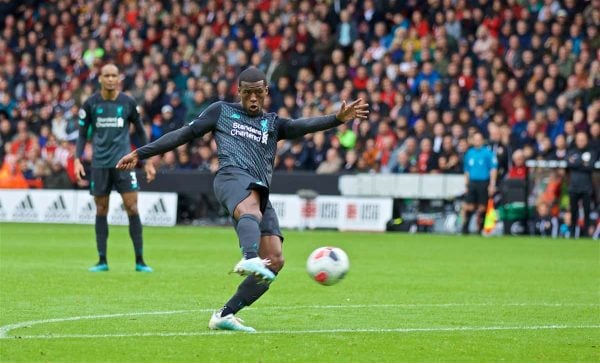 It should have been 2-0 when Salah found himself in front of goal, but the ‘keeper made a decent save – but it was an opportunity Salah really should have taken.

Liverpool looked better for their formation switch, but were still forced to slog it out against a hard-working team.

It was certainly far from pretty, with far too many Liverpool players not at the races, but another win is ultimately all that matters and that’s now 16 Premier League wins in succession for Klopp’s side.

The Reds host Leicester City at Anfield next Saturday after a midweek Champions League tie against RB Salzburg.