Liverpool take on MK Dons in the League Cup this evening in their first-ever meeting. Here are the key stats and facts ahead of the third-round clash. 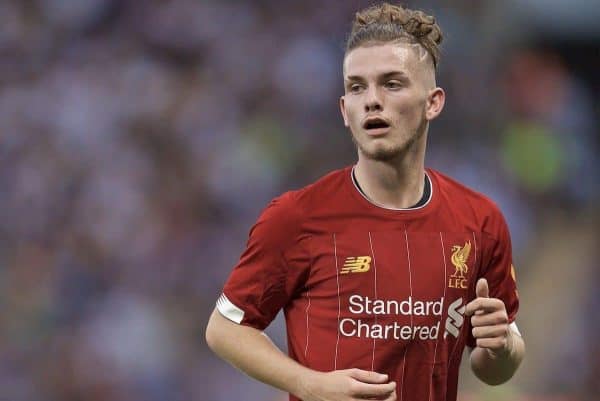 Under Jurgen Klopp, Liverpool have won seven and lost six in the League Cup.

Liverpool have been beaten at this stage of the competition in each of the last two seasons.

In 2017 they lost 2-0 at Leicester while last season they were beaten 2-1 at Anfield by the eventual runners-up, Chelsea.

They have never been eliminated at their first stage of the League Cup in third successive campaigns.

The Reds have an unwanted club record of having lost each of their last four outings in the competition including two defeats in the semi-final by Southampton in 2017.

In those four matches the Reds have scored just one goal—Daniel Sturridge against Chelsea a year ago, that after failing to score in only four of the last 64 League Cup games.

The record eight-time winners of this competition and MK Dons meet for the first time ever.

Burton Albion, three seasons ago, were the last team the Reds had met for the first time, and MK Dons will be their 68th different opponent in the competition.

Amongst the players that have yet to play their first League Cup game for the club are Adrian, Virgil van Dijk, Curtis Jones and Ki-Jana Hoever.

Caoimhin Kelleher, Rhian Brewster, Harvey Elliott and Sepp van den Berg have yet to make their first appearance for the club.

On this day last year Elliott became the League Cup‘s youngest-ever player when appearing as a substitute for Fulham at Millwall in a 3-1 win, aged just 15 years 174 days.

MK Dons are a club with links with Liverpool.

Both Robbie Fowler and Dietmar Hamann have been coaches with the Buckinghamshire club.

Paul Ince has managed them in two separate spells from 2007-08 and 2009-10. He got them promoted to League One in his first season as well as winning the Football League Trophy at Wembley.

Rainhill-born Karl Robinson was an academy coach at Liverpool and Blackburn before becoming Dons boss in 2010. He remained there until 2018.

Arguably his best season came in 2014/15 when his club were promoted to the Championship, scoring 101 goals and in this competition recorded arguably their most famous victory, defeating Louis van Gaal’s Man United 4-0 in the second round.

History vs. the Reds

Baily Cargill has played against Liverpool in this competition once before.

He was in the Bournemouth team beaten 3-1 at home in December 2014. Dejan Lovren, Jordan Henderson and Adam Lallana played that evening.

In his last seven of those his team conceded 28 goals. He scored once in a 1-1 Anfield draw in September 2015.

Joe Mason famously scored against Liverpool in the 2012 League Cup final at Wembley. He opened the scoring for Cardiff.

The current boss, Paul Tisdale, is facing Liverpool for the fourth time as a manager having faced the Reds while in charge of Exeter City.

He also played in two defeats to the Reds as a player with Southampton. His uncle is Game of Thrones actor James Faulkner.

Referee Oliver Langford will take charge of a Liverpool game for the first time.