It’s hard not to admire Tottenham under Mauricio Pochettino, but will they again fall short in their hunt for trophy glory in 2019/20?

The Reds showed exactly how to respond from final agony in 2018/19 and it’s time for the north Londoners to attempt to do the same.

Pochettino has kept hold of key men and brought in the exciting Tanguy Ndombele from Lyon, so they are expected to be the only side to push Liverpool and City in any potential title challenge.

They remain a relatively young outfit in midfield and attacking areas and they are capable of beating anyone on their day.

Pochettino has done a wonderful job as manager, but much like Klopp until he secured glory in Madrid, the Argentine could do with winning a trophy now.

That may not happen, and if it doesn’t, a formidable league campaign needs to be produced in order to say progress has been made, pushing Liverpool and Man City throughout.

Spurs are the third-best team in the country and the final league table will likely end up reflecting that.

We spoke to football.london reporter Rob Guest (@RobGuesty) to hear about Tottenham‘s title hopes and Liverpool’s chances in 2019/20.

How optimistic are you about the new season?

I will certainly be a lot more optimistic if they can bring in a couple more players before the transfer deadline.

The arrival of Ndombele is a great piece of business for the club but they are still lacking one or two more additions.

They’ve looked very good in pre-season and hopefully they can transfer that form to the Premier League and make a fast start.

Tottenham are good enough to be right up there in the league and you’d expect them to finish in the top three as they’re better than Chelsea, Arsenal and Man United at present.

Providing injuries don’t strike again to key players over the course of the campaign, it should be a good year for Mauricio Pochettino and his side.

I think the main objective will be to win some silverware this season and close the gap on Man City and Liverpool, if they cannot overtake them.

Spurs looked right in the title mix back in February but that defeat at Burnley started a nightmare run of results that saw them totally drop off and fall behind Chelsea in the end.

The team are certainly good enough to challenge at the top, but they need to be more consistent and do it over a long period.

Even winning the FA Cup or League Cup would be great for Spurs to end their long run without some silverware, although the manager believes that winning the Premier League or Champions League would be the trophy that could totally transform them and take them to a different level.

Top four will once again be imperative and I think Pochettino needs to deliver a trophy sooner rather than later. 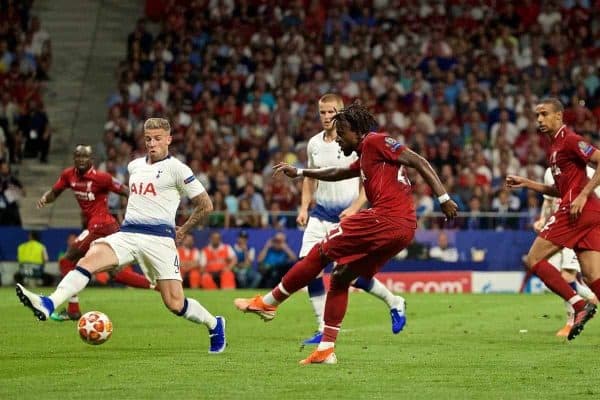 Who’s your man to watch, and why?

The new man Ndombele is going to be the one to watch.

The midfielder has really made a name for himself in Ligue 1 over the past couple of seasons and he was also outstanding in the Champions League for Lyon in 2018/19.

He ran riot in both games against Man City and not many players do that against Pep Guardiola’s team.

Ndombele will be a huge hit with his powerful displays if he can take his form from his home country to the Premier League.

* All rival supporter views taken before the end of the transfer window. 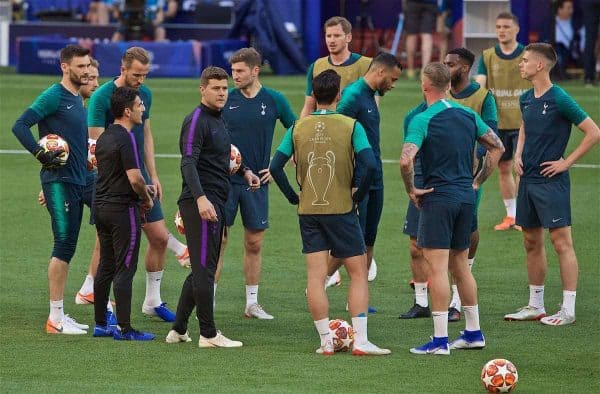 Away fans’ pubs: The Elmhurst is the designated pub for away supporters.

How do you rate Liverpool’s chances ahead of the new season?

I expect more of the same from Liverpool this season and I think they will run Man City close again.

However, I believe Guardiola’s side will be too strong and they’ll make it three Premier League titles on the spin.

Liverpool really need to add to their squad if they want to win the league and the fact they’ve brought in two youngsters just isn’t enough.

That could prove crucial in the title race and it will be City who come out on top come May.

Who are you tipping to be their Player of the Year, and why?

I think Sadio Mane will carry on his stunning form from the previous campaign and win the Player of the Year award.

He really was superb last season and he stepped up when Salah was going through a tough time in front of goal and contributed with some key strikes.

I don’t believe Mane gets the credit he fully deserves because he’s an outstanding footballer – he will be among the goals again and will continue to perform week in, week out.

This is part of our club-by-club opposition previews this summer, getting the views of away fans on their club and their thoughts on LFC. Read them all here.

Lyon president: 'We are looking at Suso, we will see after Friday' | English News